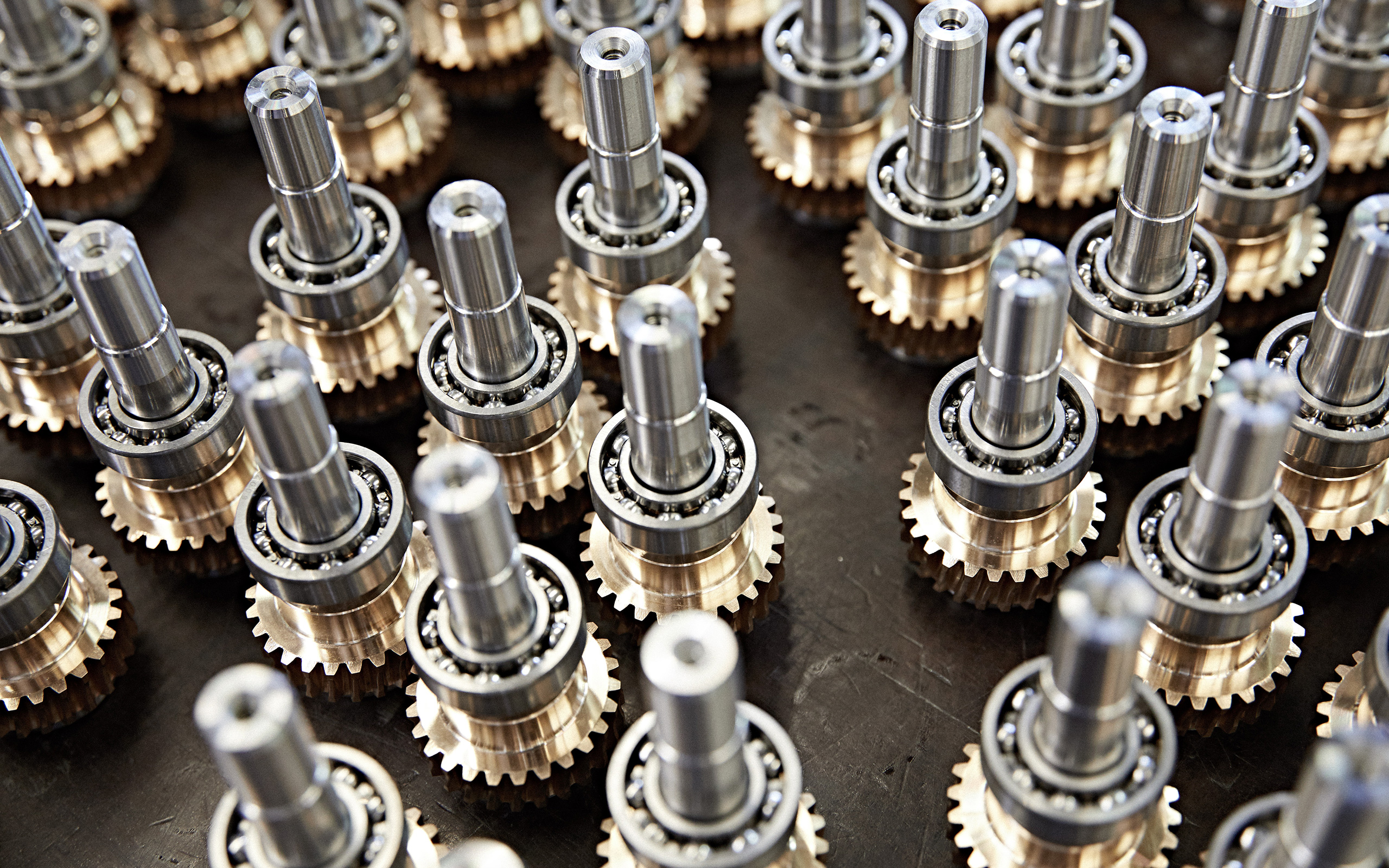 ATEK angular gearboxes are used worldwide and in all industries whenever a wide variety of feasible step-up or step-down ratios and fast delivery in premium quality are required. 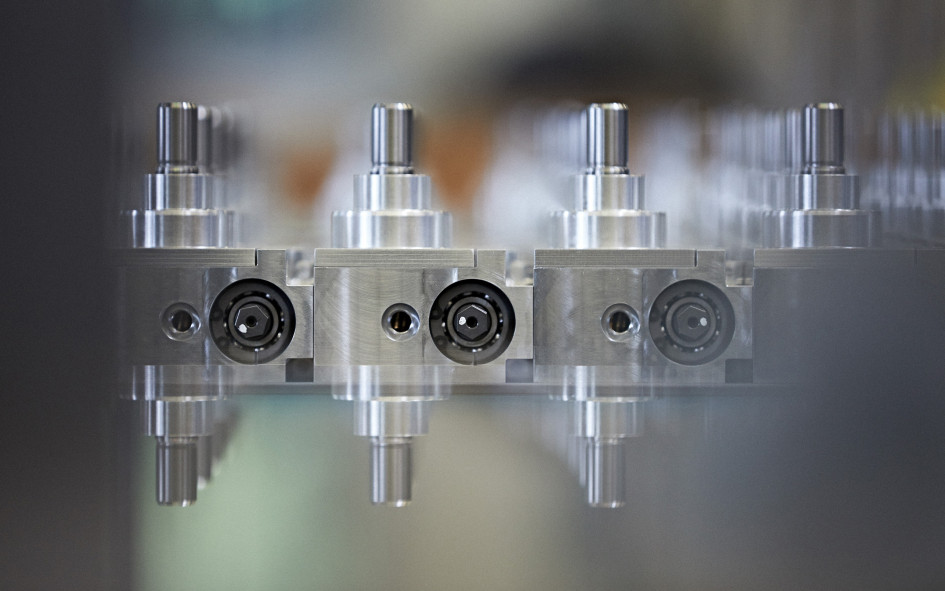 A brand new gearbox is a fascinating piece of technology: the heavy cast iron represents power and stability. The ball bearing in it, on the other hand, moves easily, almost playfully.

In order to produce premium-quality angular gearboxes like ATEK and, for example, to perfectly adjust the backlash to customer requirements, even a skilled worker needs many years of experience. It depends on this precision whether the drive, even under difficult conditions such as high temperatures or the action of enormous forces, will carry out the precise rotary motion and positioning required of it – and that almost wear-free for many years.

At ATEK in Rellingen, about thirty employees produce such masterpieces by hand. The production process, however, is optimised as much as possible – from warehouse management through production to shipping – even demanding designs can often be delivered within hours. These fast delivery times are ATEK's unique selling point.

ATEK keeps almost half a million individual parts in stock for this purpose. The thorough modularisation of the transmission components allows products to be manufactured efficiently and in a wide range of applications according to the modular principle. In addition to the product business, ATEK also offers design services and gear maintenance.

Founded as a contract turning shop

The history of ATEK began in 1939: Willi Glapiak founded a contract turning shop in Hamburg. His daughter Margrit kept the account ledger by hand. After the death of her father, she and the man who later became her husband, the master craftsman Hans-Jochen Sahling, ran the company for many years.

In 1983, it became somewhat complicated: Willi Glapiak's company, which in the meantime had been transformed into a GmbH (limited liability company) and was managed by Margrit Glapiak-Sahling and her husband Hans-Jochen Sahling, and ATEK Ingenieurbüro für Antriebstechnik, managed by Siegfried Knorr, merged to form ATEK Antriebstechnik Willi Glapiak GmbH. As partners, the Knorr and Sahling families each owned half of the new company. Hans-Jochen Sahling and Siegfried Knorr took over the management of the company.

At this time, the turning shop also carried out the first simple assembly work for customers such as the coffee roaster Tchibo. These orders brought the employees into contact for the first time with angle gears – the product with which the company is now successful worldwide.

In the mid-1980s, ATEK launched its first angle gear units, which quickly found takers all over the world. In 2002, the owner families settled the succession of the company: Siegfried Knorr and Hans-Jochen Sahling withdrew from the operative business and appointed Christoph Loch as the new managing director. In 2006, Axel Brügmann, the sales manager and authorised signatory for many years, was appointed as the second managing director.
ATEK continued to pursue a course of growth. At the end of 2012, Brügmann and Loch acquired the shares of ATEK Antriebstechnik Willi Glapiak GmbH as shareholders of the B&L Verwaltungsgesellschaft mbH, which had been founded in the meantime. At the same time, the rapidly growing transmission specialist outgrew its site in Prisdorf. ATEK moved to Rellingen at the beginning of 2013.

On April 30, 2019, Loch and Brügmann sold ATEK to the Obermark Group and resigned from their directorships. Sebastian Sturm, who had been with the company since 2011, most recently in the role of General Sales Manager, became the new Managing Director.

Today, products tailored specifically to customers' needs form a second important business segment alongside the fast, flexible production of high-quality standard angular gear units. Examples include computer-controlled picking systems such as those used by the logistics provider DPD or in the warehouses of Amazon, Lidl or Boss. Many baggage carousels at airports as well as wind turbines rotate thanks to individually developed ATEK gears. ATEK supplies customised solutions in this area, including diesel, manual and electric drives. 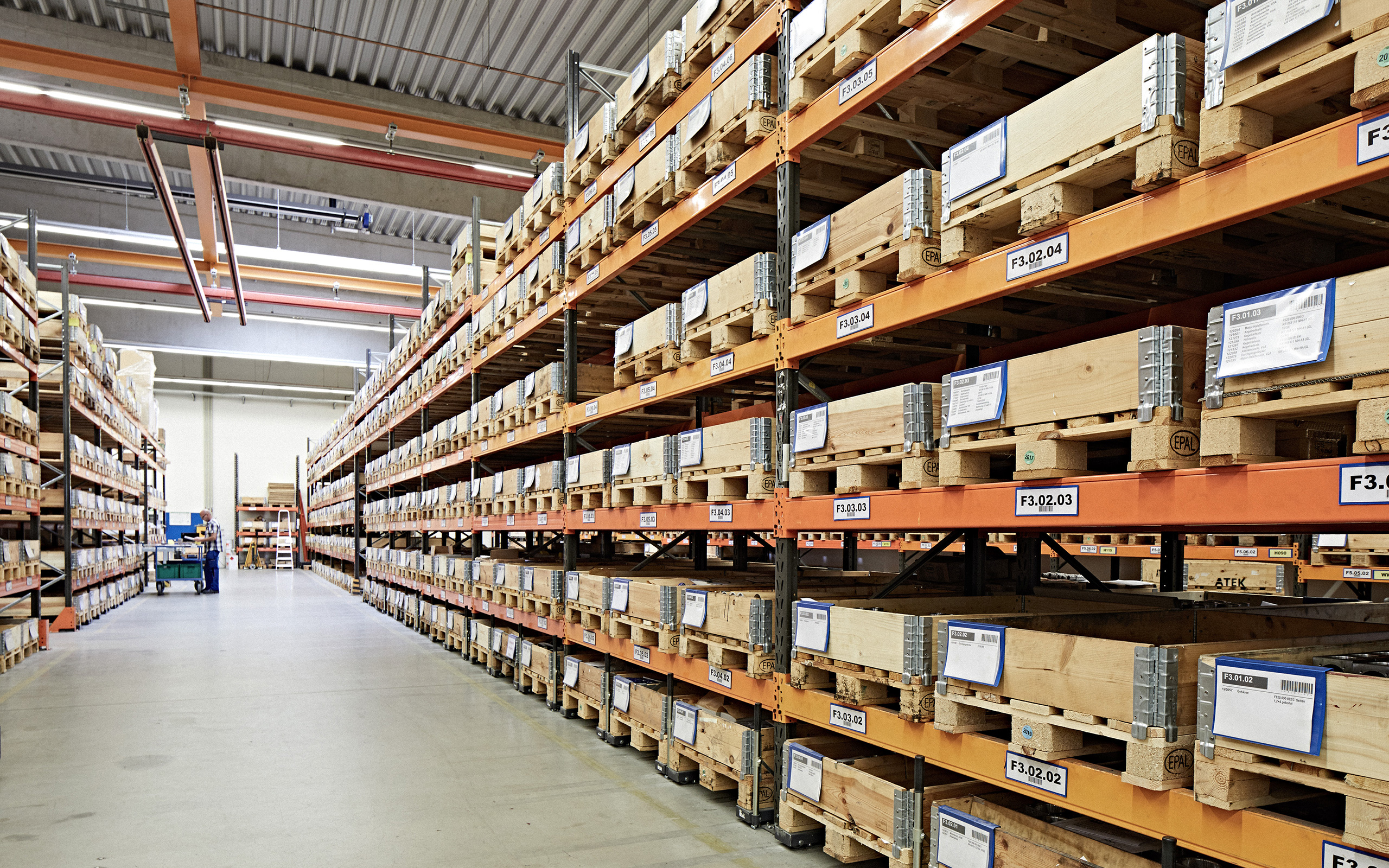 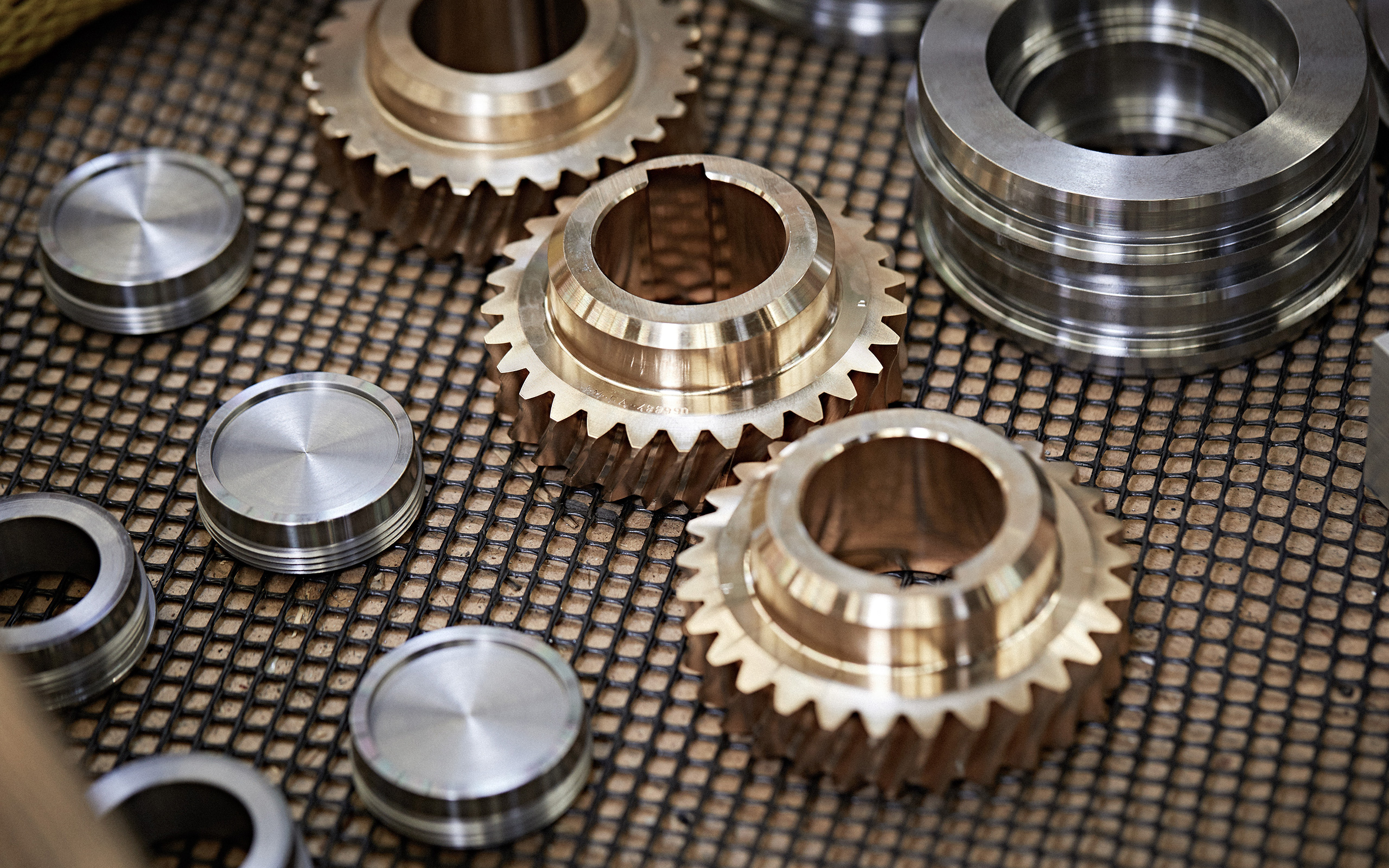 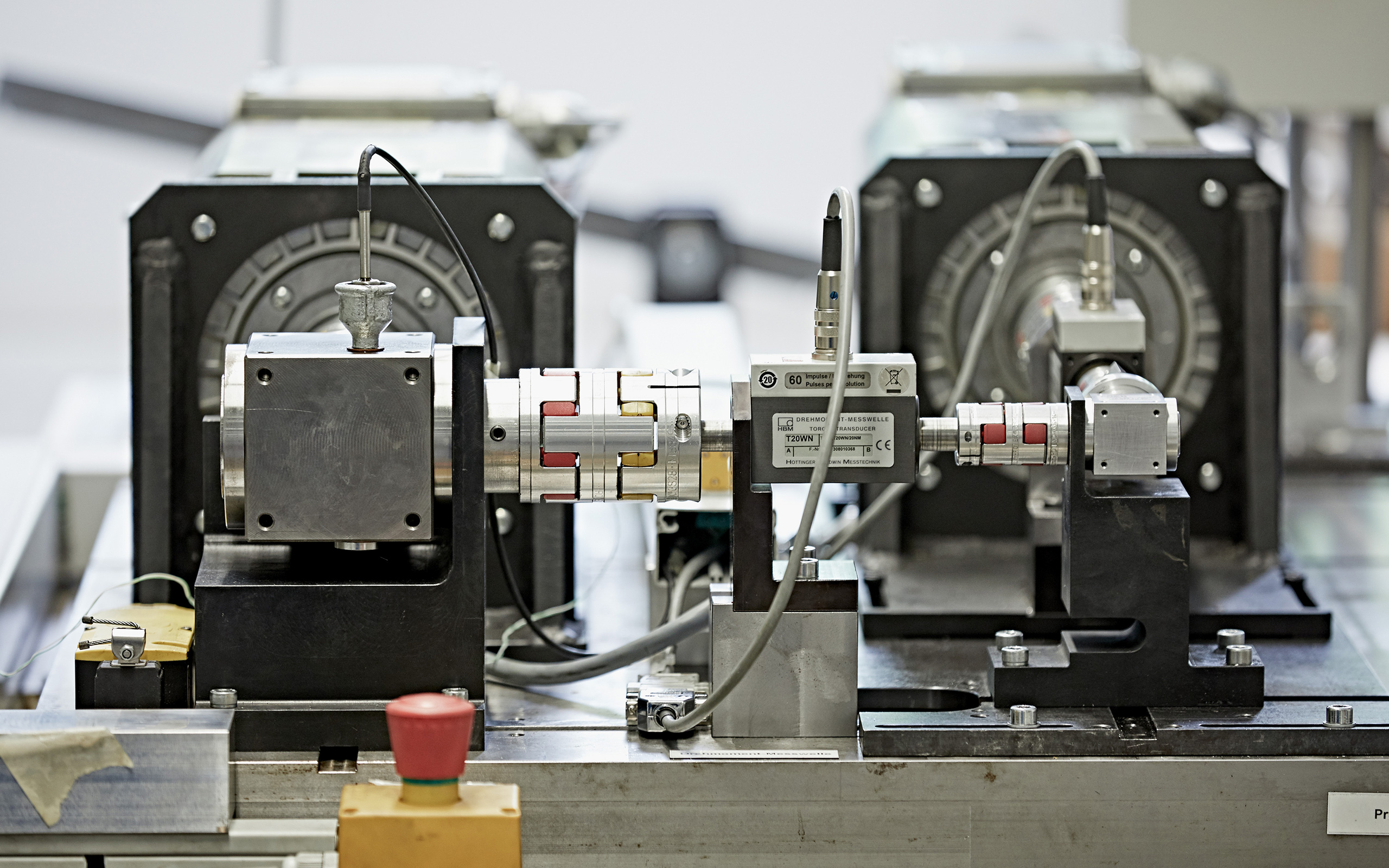 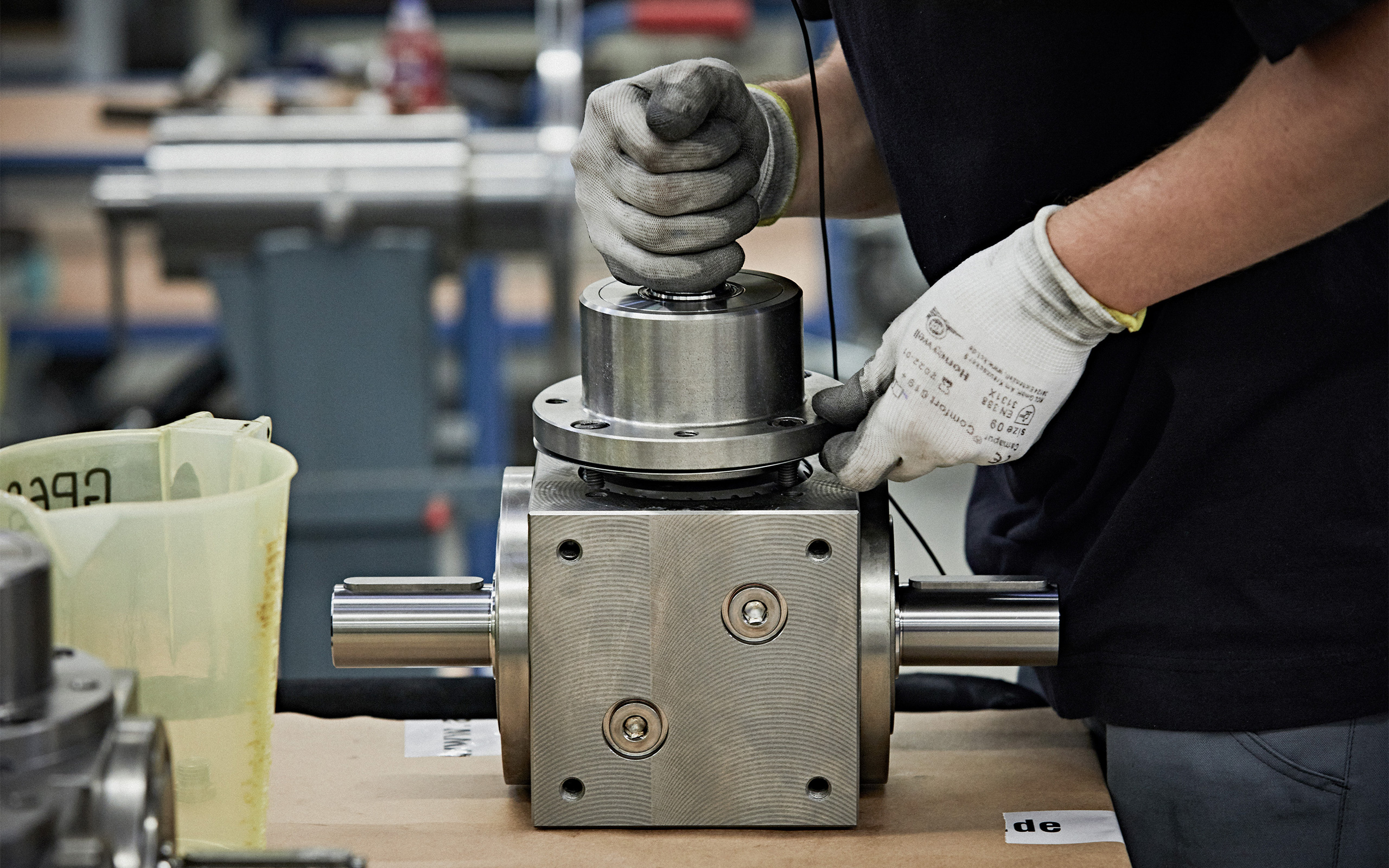 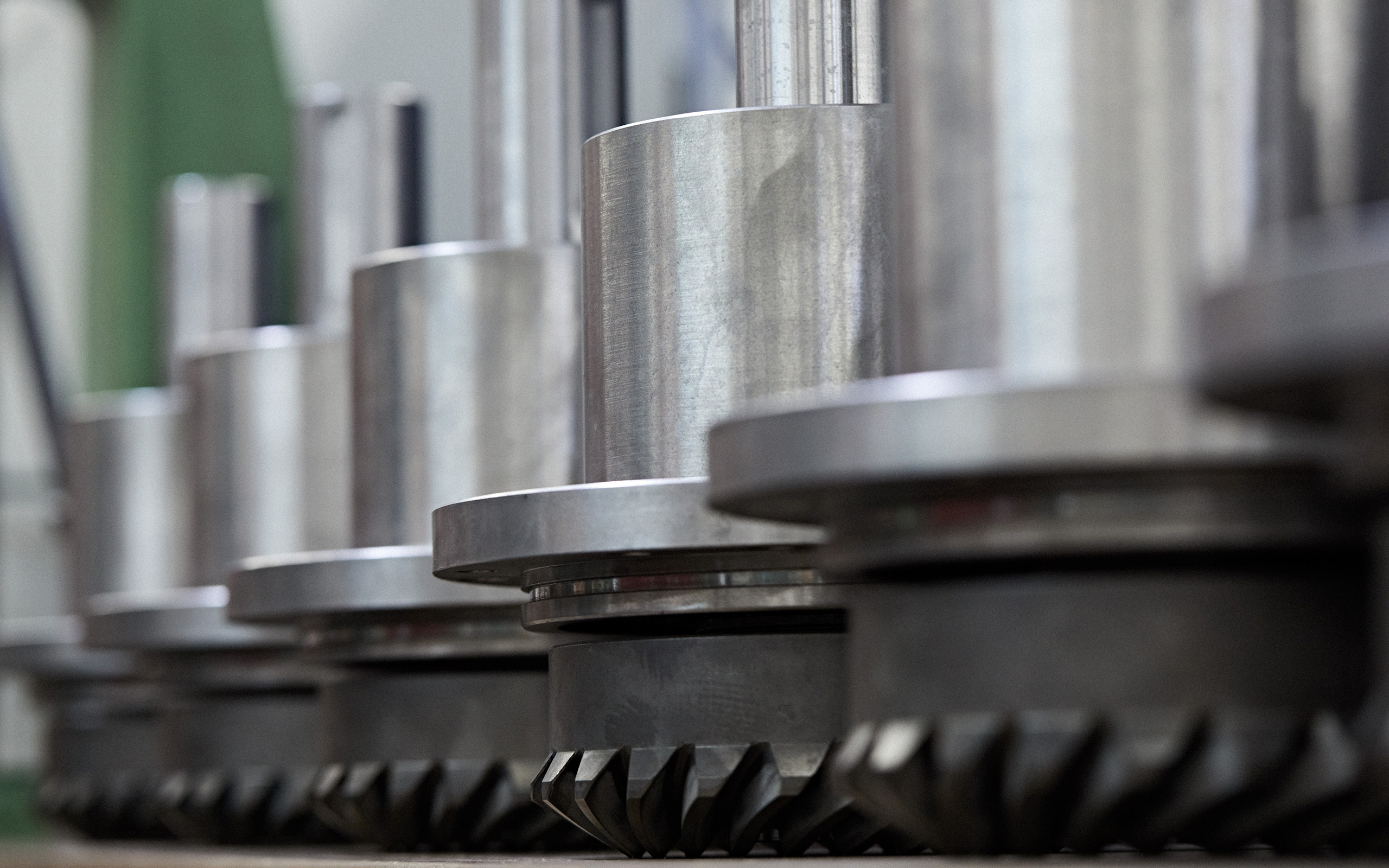 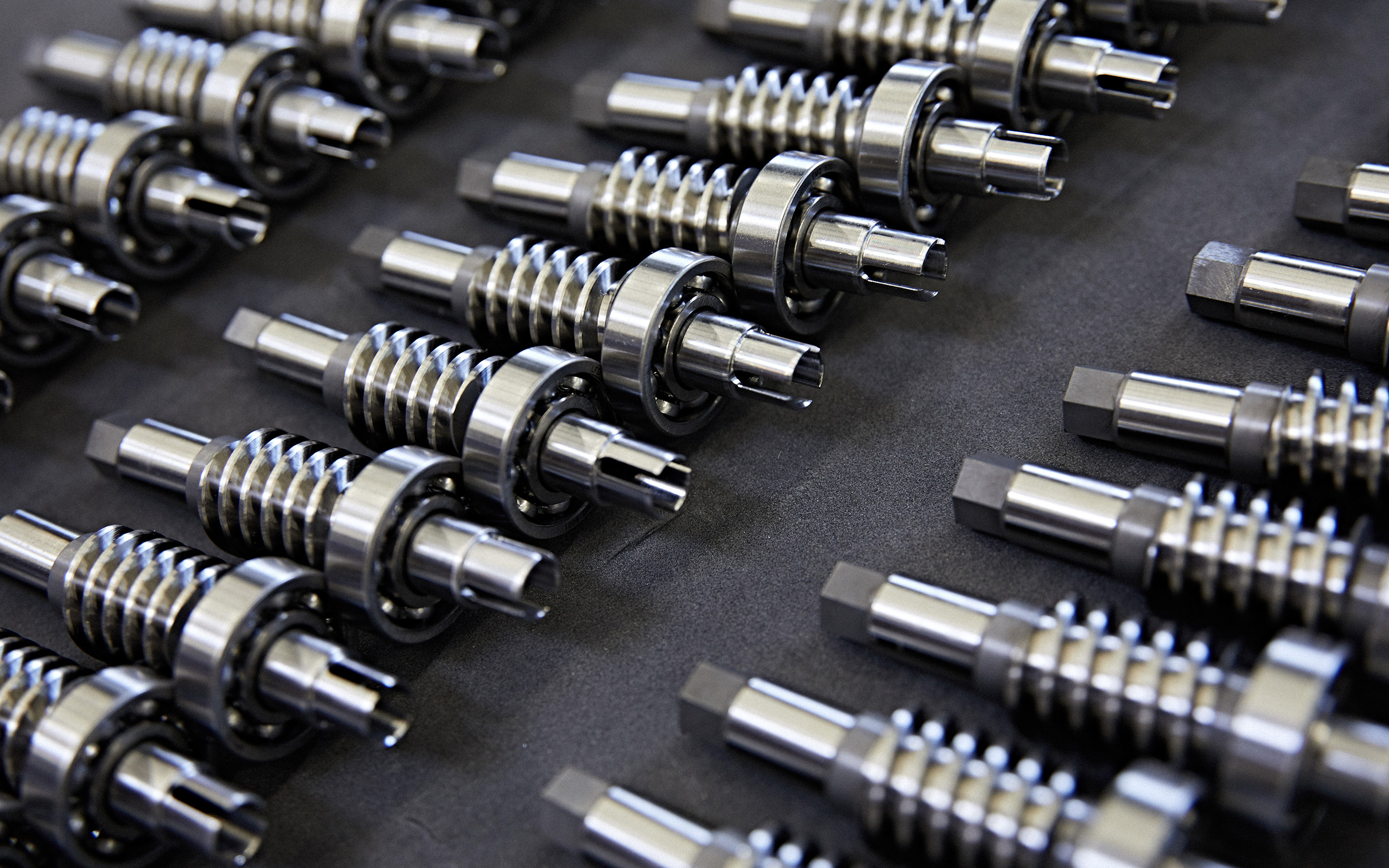 In the 1990s, ATEK received an unusual request from a Dutch potato peeling machine manufacturer. The company was looking for gears for the 96 circular peeling knives, which rotated continuously and synchronously in the plant. The performance data of 1500 rpm at a ratio of 1:1 did not pose any particular difficulty. The challenge was that these peeling machines were cleaned with high-pressure water sprayers. Water had to be prevented from getting into the gears, and lubricant prevented from leaking out. ATEK not only developed the gears according to the customer's desired performance data, but also an ingenious stainless steel bell for each drive that keeps the splash water safely away. To date, ATEK has sold more than a thousand of these watertight gears.

Bridges must be inspected regularly. Special bridge cranes mounted on trucks are often used for this purpose. Various joints and slewing drives allow the gondola to be moved into a wide variety of positions so that the workers can inspect every detail of the bridge. The motors, which then guide the crane into the appropriate movements, are connected to the truck's hydraulics. Since the hydraulic motors of these vehicles do not have standardised dimensions, the worm gears have to be manufactured specifically, sometimes in unusual sizes. The drives are equipped with high ratios of more than 80:1 in order to generate the greatest possible forces on the crane. This engineering is also part of ATEK's special expertise. 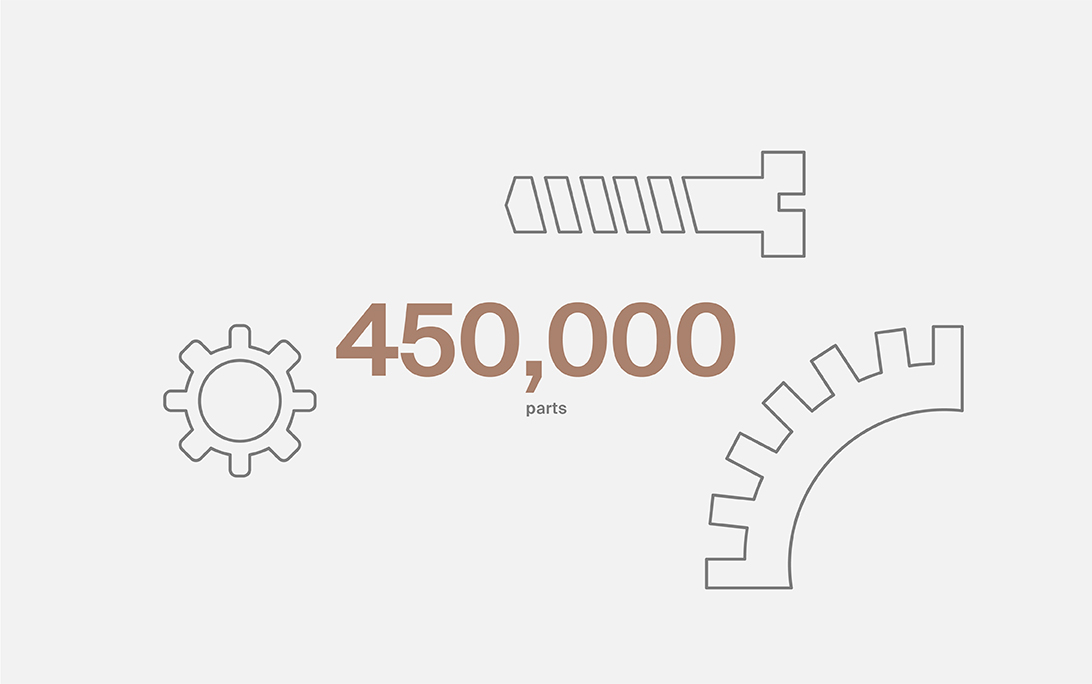 Facts and Figures
Number of well-assorted parts that ATEK keeps in stock: 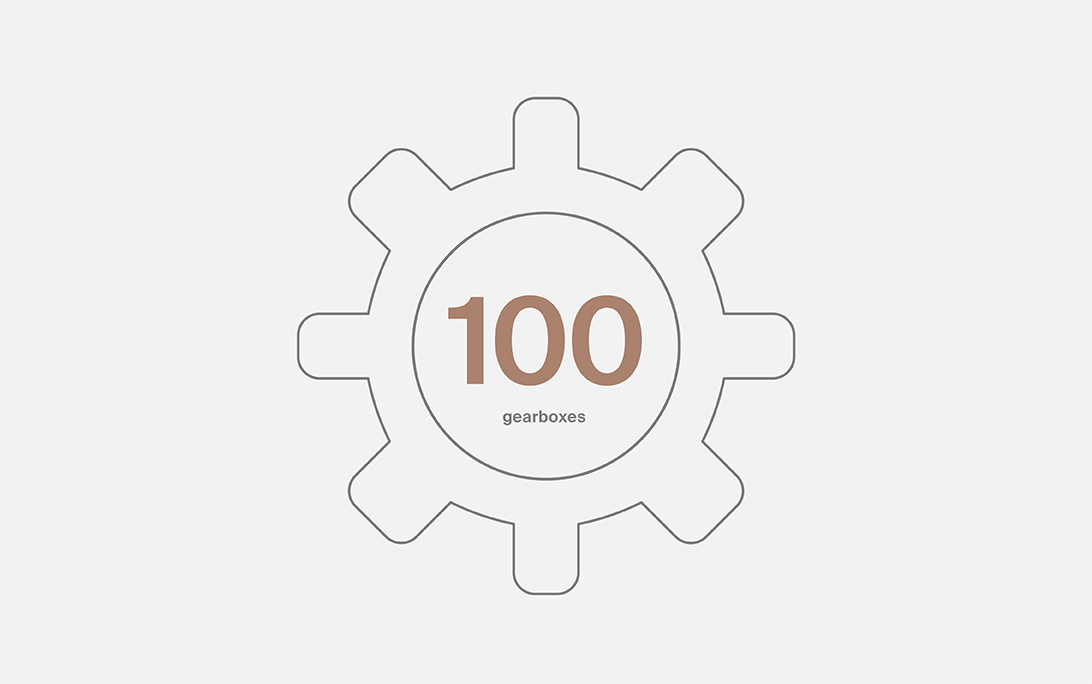 Facts and Figures
Number of gearboxes that employees produce every day: 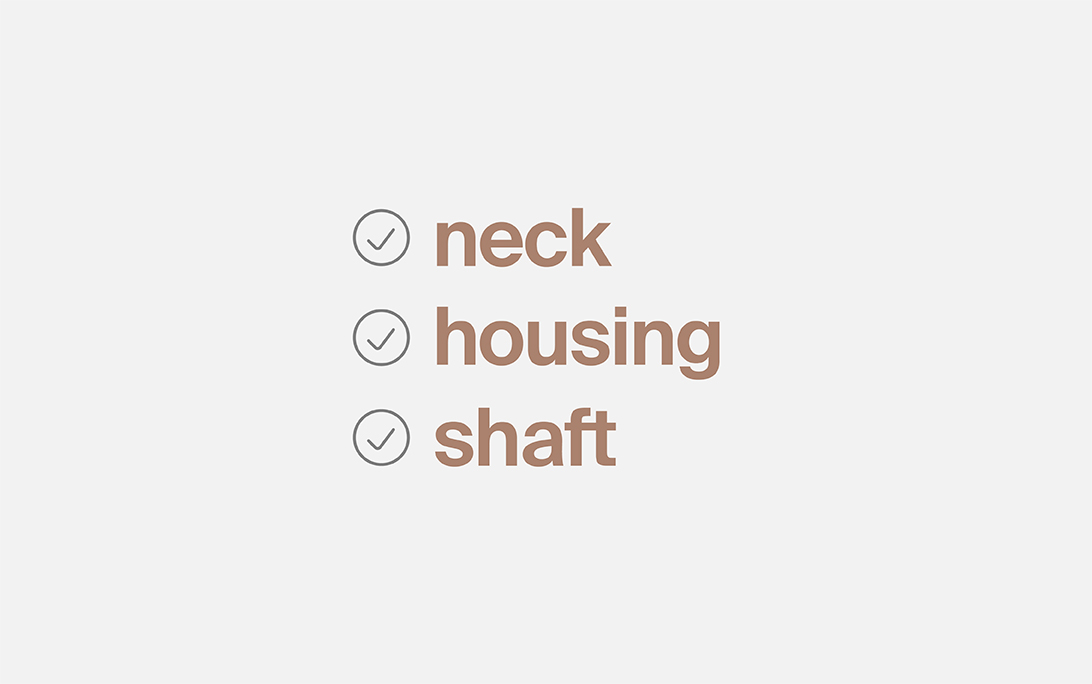 Facts and Figures
Structure of a gearbox:

Facts and Figures
Operating time that of one of the longest-running ATEK gearboxes is in use:

Industry independence is an important focus of corporate strategy. ATEK provides its products and services to a wide range of industries. The logistics segment is an area of particularly high potential.

Today, growth is generated in the most important markets of Germany and Europe. The next target markets are the United States, China and South Korea. ATEK is currently represented there by sales representatives, but will significantly expand its sales activities.

In general, ATEK aims to expand its portfolio, optimise its products, improve market penetration and develop new markets. At the same time, the establishment of the company's own sales network or the acquisition of sales agencies offers further opportunities.

Developments in drive technology are leading to smaller and at the same time more powerful products. Large, centralised drives are replaced by several decentralised drives of smaller dimensions at different points in a system. These modular gearboxes facilitate dynamic and highly efficient applications that lead to new, exciting areas of use across all industry boundaries and are, therefore, an important part of the growth strategy.

With digital technologies such as online platforms or a product configurator, the sale of standard solutions can be simplified and internationalised. In the future, customers will be able to configure their orders online themselves or access data on past orders, for example.

Every company and each employee are unique and have a distinct history.  The following texts offer an impression of the motivation, perspective and convictions of the people behind the stories. 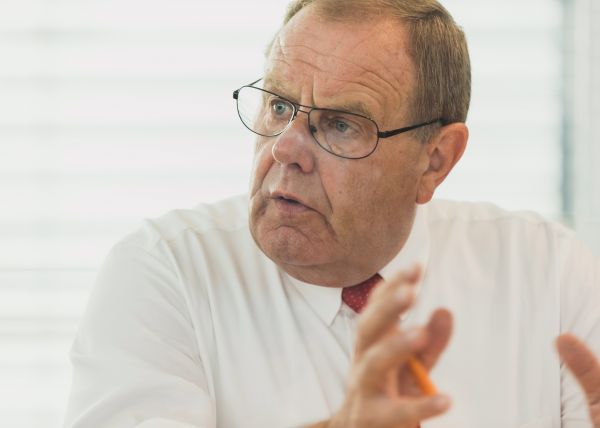 Holzhauer-Pumpen ﻿I’m done at 70 Hans-Joachim Holzhauer built a successful business. The company is his life's work. The most difficult step is still ahead: saying goodbye. Find out more 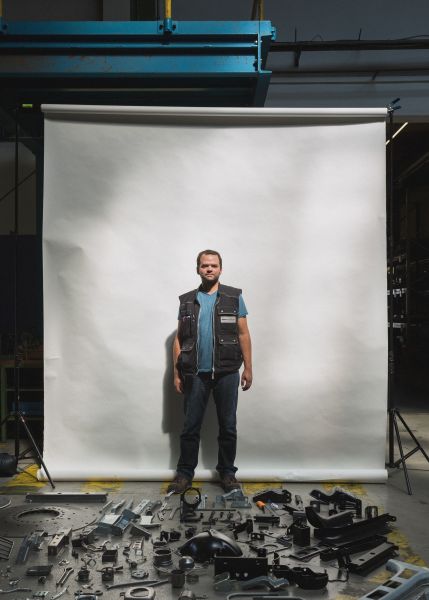 THUN.Automotive All homemade While large conglomerates save costs by outsourcing production processes, the niche supplier THUN.Automotive improves its profitability and market position through rigorous insourcing. Find out more